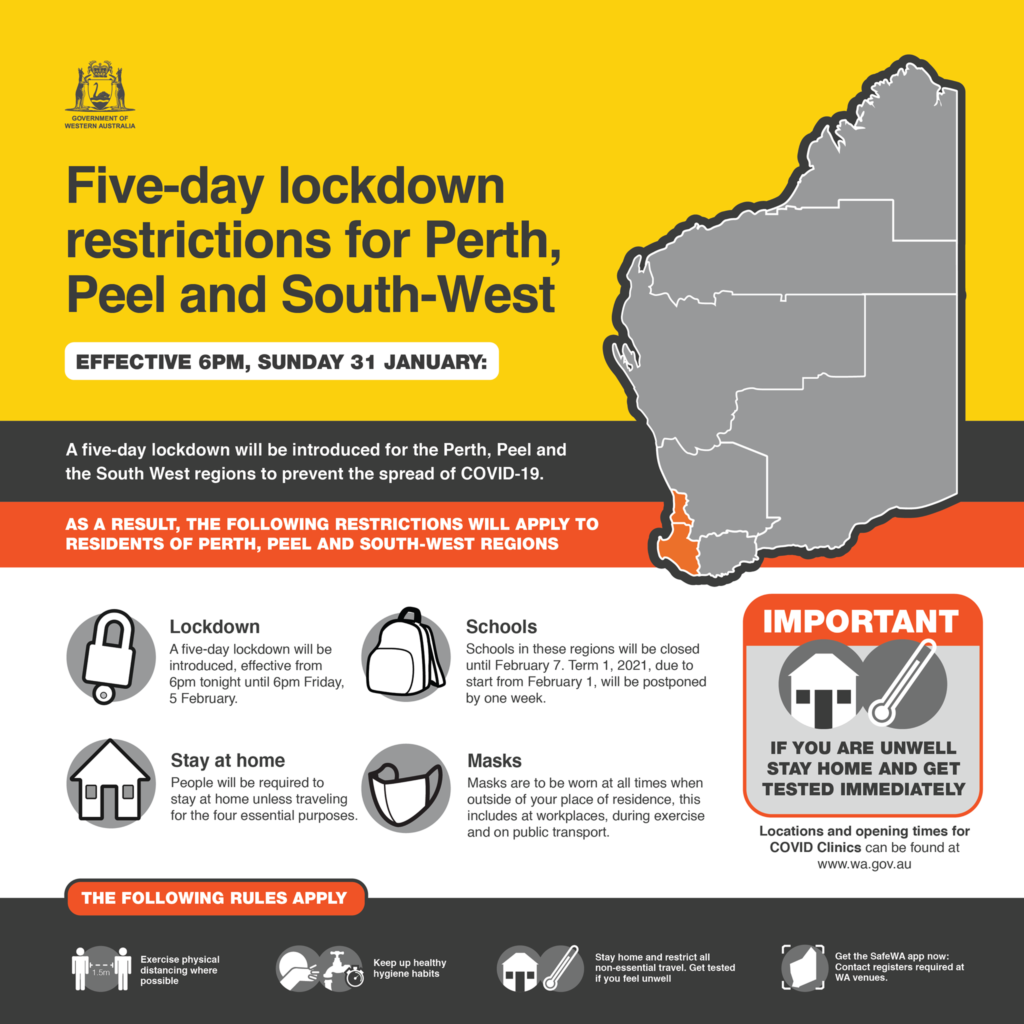 What a great weekend for all here at Bendat Stadium but a somewhat surreal ending.

We have spoken with Department of Premier and Cabinet and Department of Health and they have confirmed that all participants will be allowed to return home pending proof that your place of residence is in the region you are returning to.

It is likely that checkpoints will be set up on eth major roads at some point this evening.

Participants who have been at the Championships will NOT have to isolate when they return unless they been to one of the below listed places:

If you have been at one of these places you will need to isolate yourself until you have been COVID tested and received a negative notice.

Of course if you are returning to your home in the Peel or South West you will be subject to the same rules as everyone else which include the following:

It’s important you wear a mask as it is now mandatory at all times you are outside your house. If you are in the car by yourself you do not need to wear it, but must at all other times. Click below on how to wear a mask. 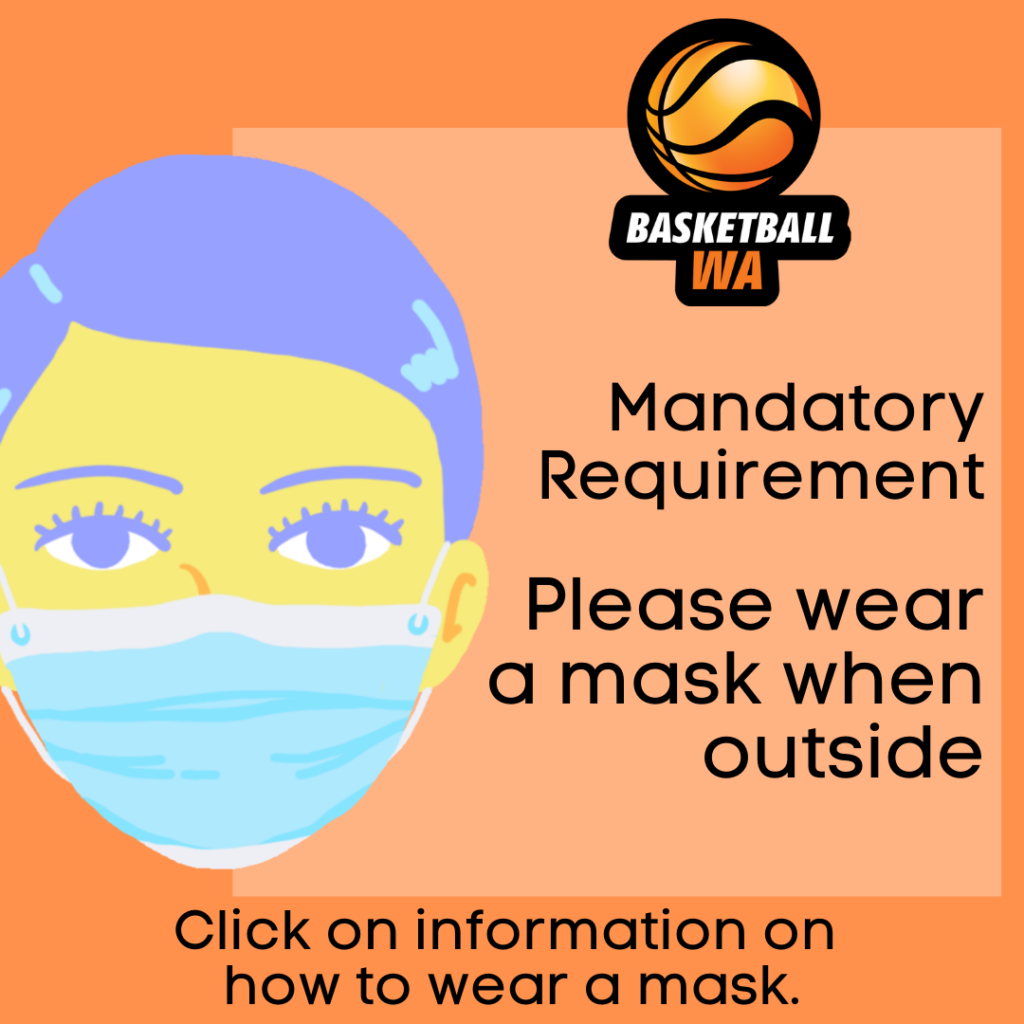 A decision on future weeks of the Championships will be made in the next 24 hours and all Country Associations will be notified. As always we will follow government advice.

Basketball in the Perth Metropolitan, Peel and South West

As of 6pm tonight, basketball is not an allowed activity in these 3 regions of Western Australia until 6pm Friday 5th February.

All basketball stadiums will be closed and all Associations should ensure that teams are not training or playing in groups at all.

Basketball in the rest of the State

Basketball in the Mid-West, Goldfields, Great Southern, Pilbara, Gascoyne, Wheatbelt and Kimberley can continue as normal for the current time.