The West Coast Waves will hit the court for the first time this Saturday night, as they face off against a Women’s State Basketball League (WSBL) All-Star team in game one of their pre-season tournament.

An intensive training schedule has seen the West Coast Waves train hard in their pre-season, ensuring they are well prepared and ready for the 2010/2011 WNBL season.

The tournament marks the final chapter of Waves pre-season training, providing the players with an opportunity to play in a competitive environment in the lead up to the season commencing.

Battling it out against the West Coast Waves is a WSBL All-Star team, stacked with an impressive line-up of the leagues finest, coached by Glenn Clarke and Glen Ellis.

The series of three games are being hosted at different stadiums throughout Perth; allowing for basketball fans to check out high quality basketball at their local court.

West Coast Waves head coach David Herbert is looking forward to playing some good, solid games in the lead up to the season.

On the tournament, West Coast Waves head coach David Herbert said: “To have the best possible players in WA to compete against is tremendous. The All-Star team has a lot of WNBL experience that will test our young squad.”

“We will be able to work on a number of key areas as the season draws near. I think it’s great to be able to do this under such a competitive situation. Obviously the All-Stars will be out to prove a point and I welcome this challenge.”

With two high quality teams battling it out for top honours, the series is guaranteed to showcase some competitive and exciting basketball.

For more information on the pre-season tournament, please contact Alana Munnee on 6272 0747 or alana.munnee@basketballwa.asn.au. 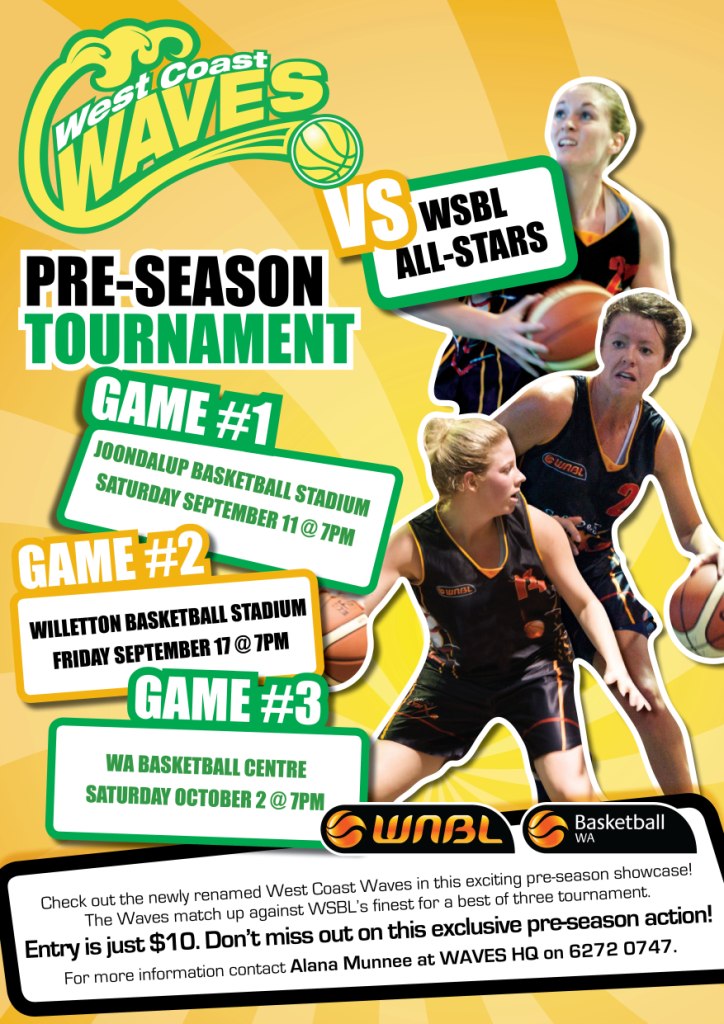